This page contains a brief biography of the band.

See also the extensive collection of Audio and Press Links listed here for you to enjoy!

☀ A Brief Biography of The Waterboys ☀ 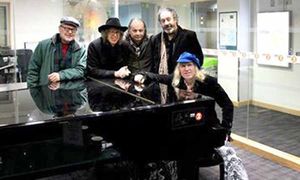 Mike Scott formed The Waterboys™ back in 1983, after having considerable success with his earlier band called 'Another Pretty Face'. After building up a following by playing some gigs and subsequently by word of mouth, they released their eponymous debut LP that same year.

The following year saw the release of the fantastic 'A Pagan Place' LP, and they boosted their profile even further by opening for The Pretenders on a European tour.

The next year 1985, was a great year for any Waterboys fan, as it saw the release of the sublime 'This Is The Sea' LP. And they had a massive hit with the single 'The Whole Of The Moon'. Now the band were firmly in the mindset of every serious music fan. After doing a stadium tour with Simple Minds in 1986, people were talking about The Waterboys as the next 'big' all-conquering global band!

However, Mike Scott had other ideas. He came to Ireland in January 1986 and ended up staying for several years, recording extensively in Dublin and Spiddal for the follow-up album to the (hugely successful) This Is The Sea LP. Originally (according to press reports at the time), the Fisherman's Blues album was slated for a late 1986 or early 1987 issue. But this date kept getting put back further and further, as Mike was still laying down songs and writing more material. Although we had read that it might even be a triple LP but 'would more than likely' be a double LP, it was late 1988 before Fisherman's Blues was issued as a single album.

But we were just delighted to finally get our hands on it! To this day, it is a record of immense proportions, containing some of the best songs Mike has ever written. The resulting shows of 1988 and 1989 were immense affairs too, with the band reaching new heights of brilliance on stage night after night.

1990 saw the follow-up album to Fisherman's Blues released to mooted reports at the time. Everyone it seemed, wanted 'Fisherman's Blues Part Two' but Room To Roam was more laid-back and more trad-based than its predecessor. The band toured the album but then Steve upped and left the band, leaving the remaining members to soldier on with the tour but with an obvious gaping hole in their sound.

“To me there’s no difference between Mike Scott and The Waterboys; they both mean the same thing. They mean myself and whoever are my current travelling musical companions.” – Mike Scott

After the band split, Mike took a few years off playing very few shows before he returned with his first solo LP called 'Bring 'Em all In' in 1995. This was an incredibly strong album and made unique by the fact that Mike played all of the instruments himself. And he toured extensively as a solo artist to promote the album.

In 1997 Mike released his second solo LP called 'Still Burning'. This album was a rockier affair with a host of guest musicians playing on it, including Ian McNabb and legendary drummer Jim Keltner. He also toured to promote the album and this time he did it with a full band, playing new songs and full-band versions of some of The Waterboys epic songs.

In 2000 Mike relaunched The Waterboys moniker with a new line-up, and they played one of their first-ever shows at Glastonbury 2000.

On December 14 2000 (a date that is now firmly scratched into The Waterboys' history record!), The Waterboys played the Olympia Theatre Dublin and Steve Wickham joined the band for the encores. When the crowd saw Steve walk onto the stage, the place erupted in a cacophony of 'Steve-o' cries! (I was lucky enough to be there). The following night Steve was present for the whole show, I recall vividly the smiles on the faces of the faithful as we left the venue, as we all knew that The Waterboys were well and truly BACK!

In the intervening 15 years, The Waterboys have released consistently excellent albums and toured extensively. And thankfully they have played in Ireland each and every year.

In March 2010 The Waterboys premiered a new 'Mr Yeats'-themed show, playing five sold-out nights in the Abbey Theatre Dublin. The show consisted of Yeats' poems put to music and song, along with a thundering 'Don't Bang The Drum' in the encores!

In 2011, The Waterboys released the 'An Appointment With Mr Yeats' album. This was the culmination of more than 20 years' work by Mike putting Yeats' poems to music. The resulting tour was incredibly successful too, with critics falling over themselves to heap praise on the performances.

Mike released his highly acclaimed autobiography 'Adventures Of A Waterboy' in 2012. And it is a marvellous read. Mike has the skillful ability to tell his story in such a way as to make the reader feel that Mike is actually sitting across the table and chatting. Mike also embarked on an extensive book tour which saw him regale audiences with wonderful tales from the book and hilarious ad-libs to boot. And to close the evening he usually played a mighty acoustic set with Steve Wickham.

In 2013, The Fisherman's Box containing an absolute treasure trove of material, was released, and this resulted in Mike reuniting with former members Anthony Thistlethwaite and Trevor Hutchinson, along with Steve and with Ralph Salmins on percussion for an incredible 'Fisherman's Revisited' Tour throughout November and December. 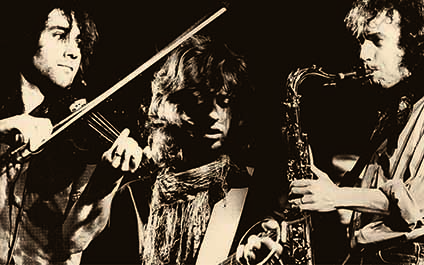 The last show of the tour was in Dublin, and it was a legendary show! It culminated with Liam O Maonlai, Joe Chester, Glen Hansard, Pete Cummins and Freddie Stephenson joining the Band for an epic 'Bang On The Ear' as the closing song of the show and the hugely successful tour.

“I learned something tonight, if I didn't know before, I learned tonight, that The Waterboys is a Dublin Band.” – Mike Scott - Dublin - Dec 23 2013

After recording in Nashville in 2014, The Waterboys released their new album 'Modern Blues' on January 16 2015 here in Ireland and soon after in the UK and Europe. The album got an April release in the USA.

In 2015, after a handful of shows with the new line up, the band embarked on a full World Tour, with dates in Australia, New Zealand, Japan, USA, Canada, UK, Europe and of course Ireland.

The Modern Blues Tour consisted of 105 shows, which started in Limerick in December 2014, travelled the world and finished up in London in December 2015.

Since 2017 and 'Out Of All This Blue' there has been 'Where The Action Is' released in 2019 and 'Good Luck, Seeker' released in 2020. The latest album 'All Souls Hill' was released in May 2022, and the band are to playing plenty of shows at home and abroad.

Catch a show or two, if you can!

For all the latest Tour dates please Click Here!

'Out Of All This Blue' Links:

Adventures Of A Waterboy 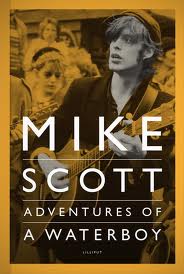 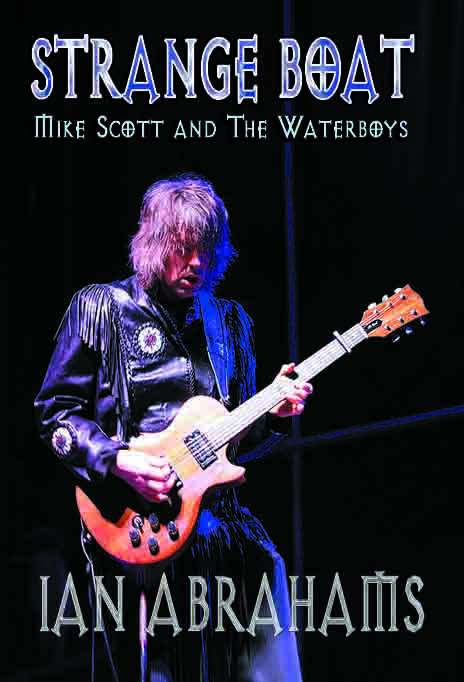