Welcome to the Findhorn Page. This Page contains a collection of photos from a few of the many concerts Mike has performed in Universal Hall in various guises, as a solo artist, as part of an ensemble and with the Waterboys.

Many of these photos are previously unseen and are published here for the first time.

Thank you to Peter Vallance of the Findhorn Foundation for sending the photos and to all the photographers who took the individual shots. And thank you Marion Black.

The Findhorn Foundation and Community (co-founded by the late Eileen Caddy pictured above) 'aims to inspire and encourage transformation in human consciousness, to help create a positive future for humanity and our planet. We are a holistic learning centre at the heart of a wider community that includes a local ecovillage and a worldwide spiritual fellowship'.

Mike has spent many extended periods in Findhorn, both as a resident and as a visitor. He wrote and recorded there, he played live in Universal Hall many times and became an integral part of the Findhorn Community. He has written extensively about these times in his Adventures of a Waterboy autobiography.

A framed selection of various posters, a tour programme and setlist on display in Universal Hall. Thank you Marion Black. 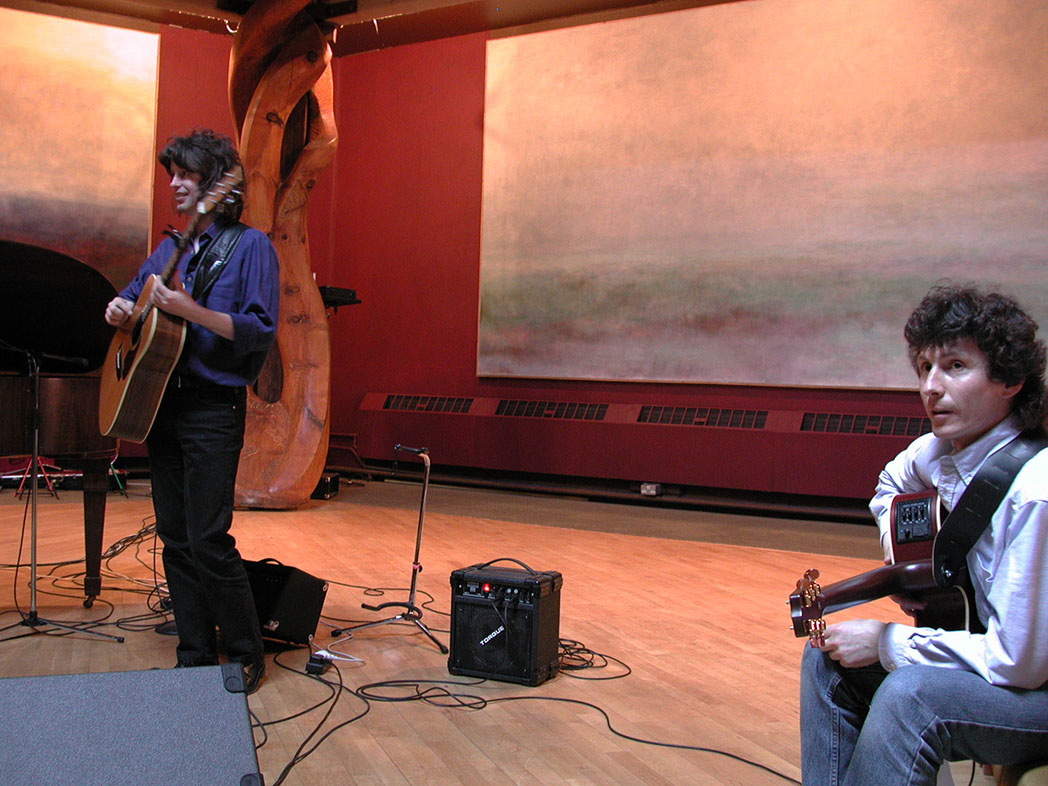 A selection of Caduceus Magazines to which Mike has contributed articles as well as given various interviews. A special CD with the Universal Hall title track was also given away with one issue.

Two original posters for two sets of Waterboys shows in Findhorn in June 2004 and June 2006. 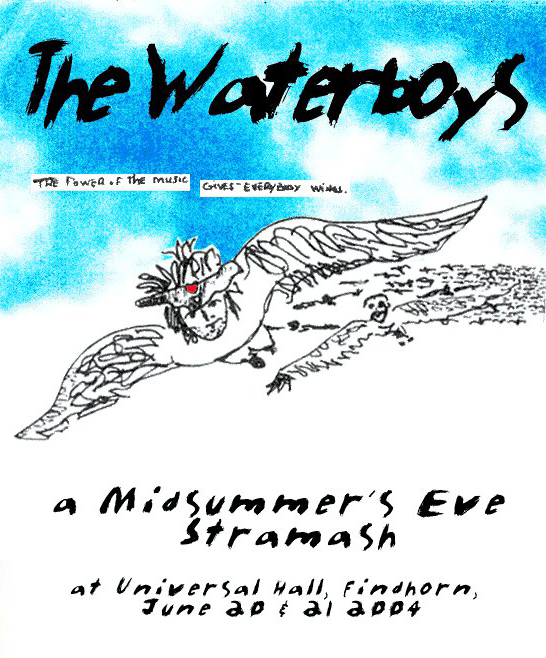 The Waterboys played two electric shows in Findhorn in June 2003. Along with Mike, Steve and Richard were Geoff Dugmore on Drums and Brad Weissman on Bass. 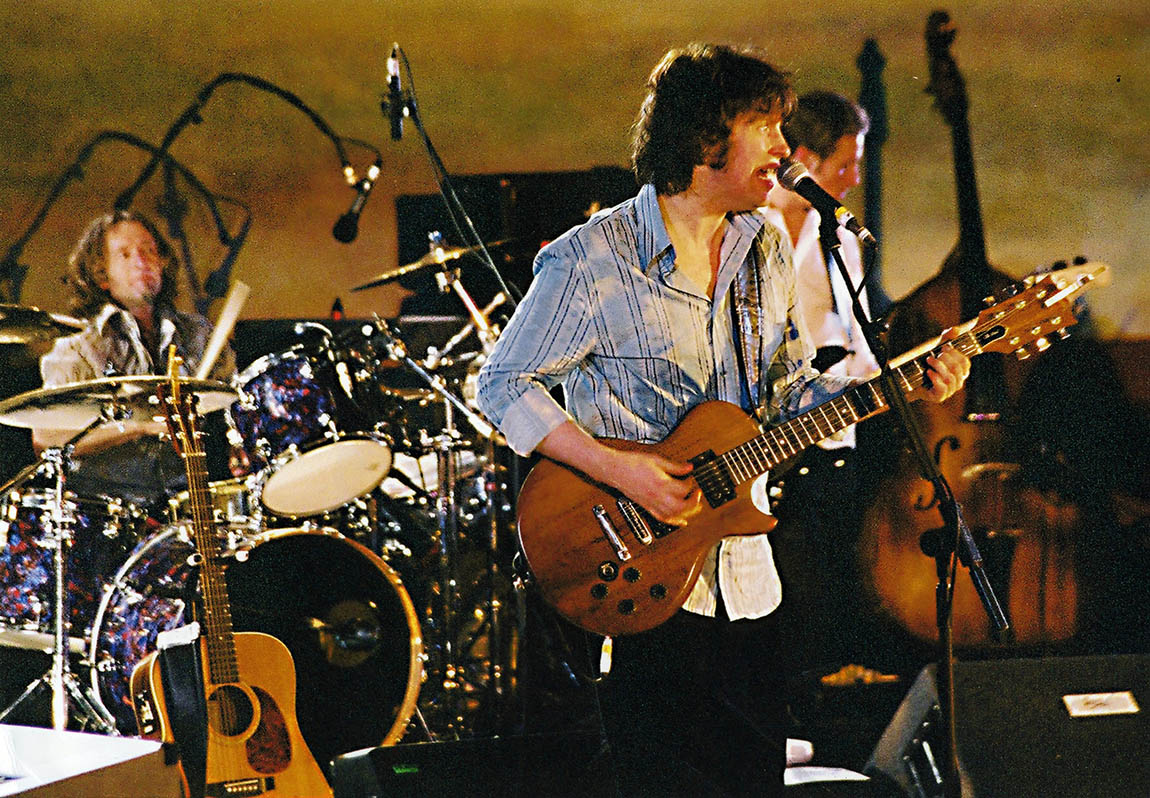 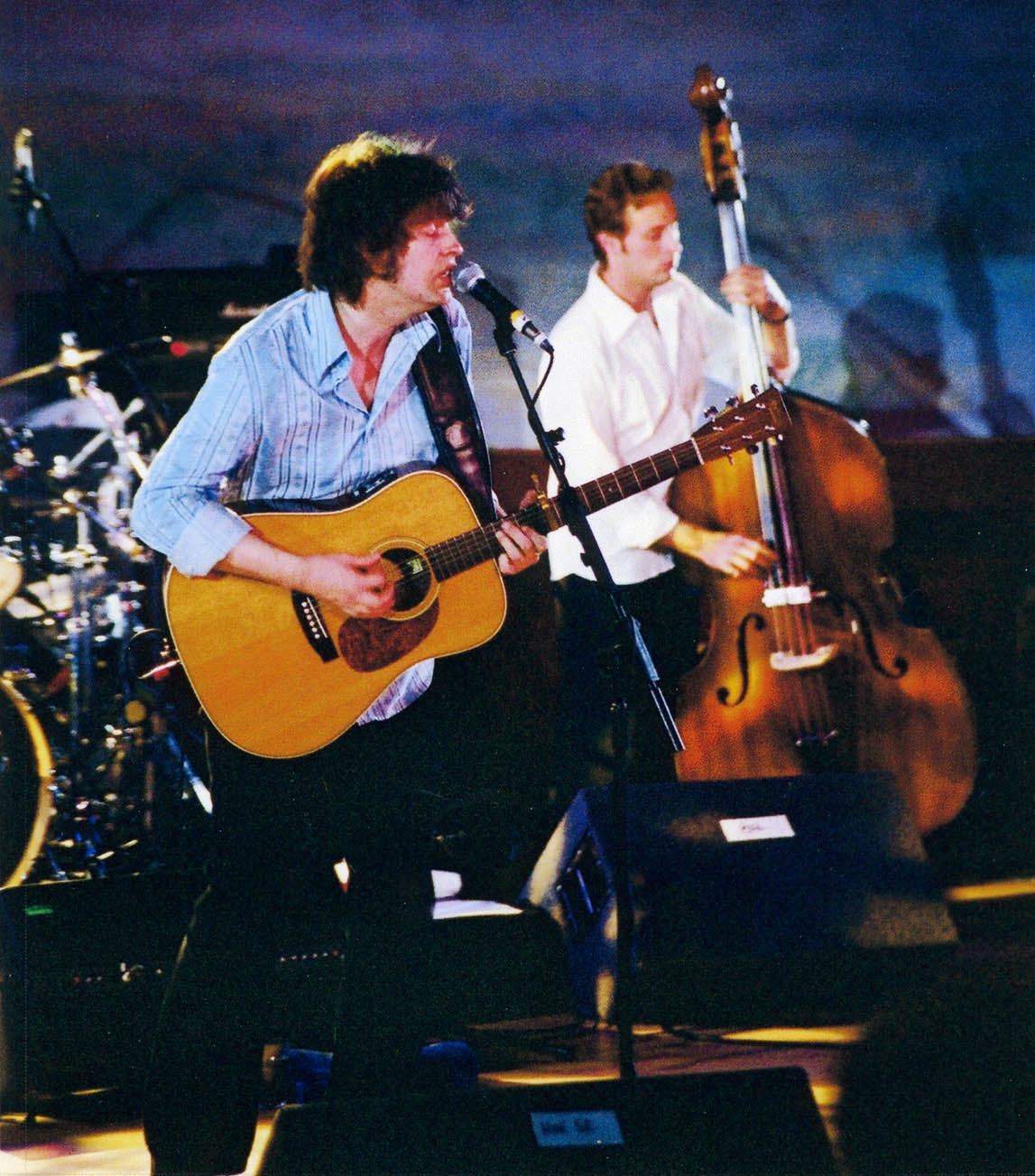 Peace of Iona at the 'Universal Voices' concert in Universal Hall.


To watch this wonderful performance of 'Peace of Iona' from Universal Hall, Findhorn please Click Here 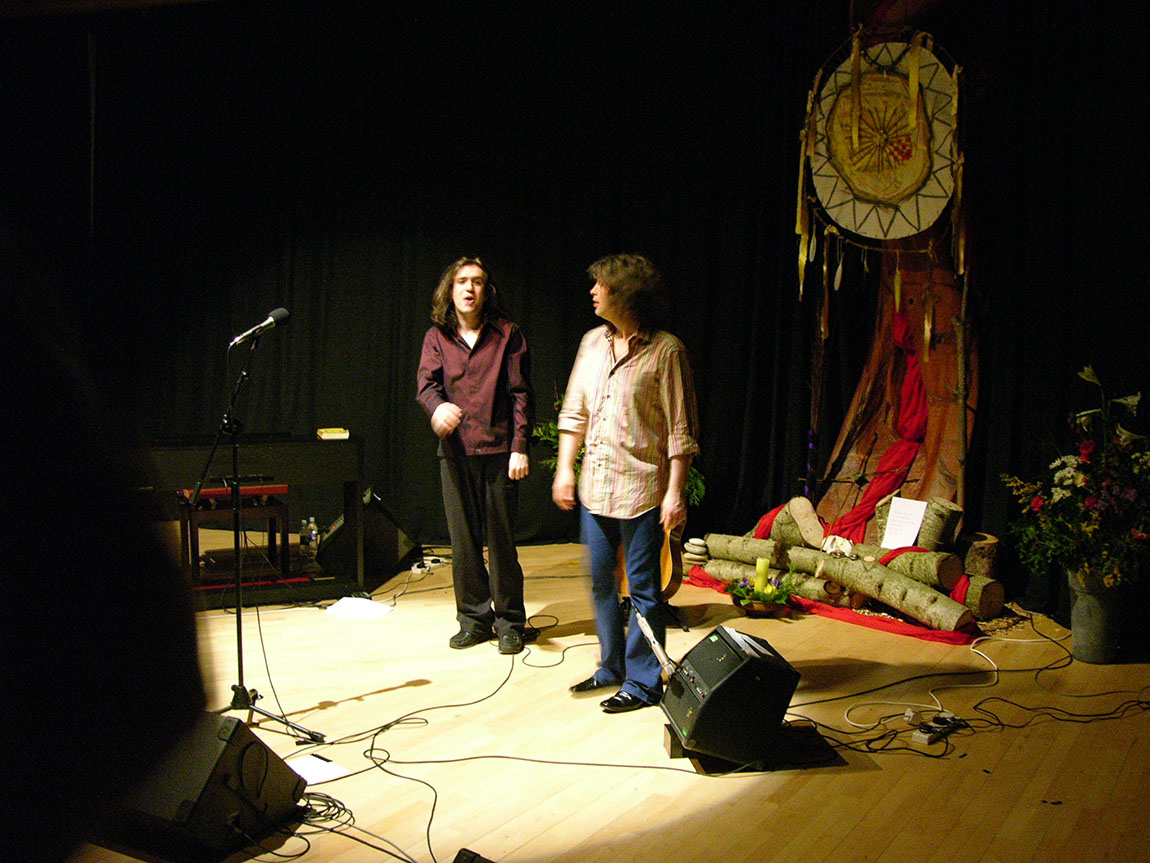